Together with the European Association of Tax Law Professors (EATLP), IFA's European Region is organising a Webinar on "the EU Pillar 2 and its International Ramifications" to be held on Wednesday 15 March 2023.

The Netherlands IFA branch looks forward to welcoming IFA members from Europe and beyond to discuss "Countering tax avoindance in the European Union and beyond" during the third IFA European Region Conference on 5-7 July 2023 in Amsterdam.

Stay up to date on the activities across the globe, the publications and all matters IFA. Follow us on social media via LinkedIn or Twitter.

IFA is a neutral, independent, non-lobby organisation and as such the only global network of its kind. As a non-profit organisation, IFA provides a global platform where representatives of all professions and interests can meet and discuss international tax issues at the highest level. IFA's flagship event is its annual congress, attended by approximately 2.000 delegates every year. In 2023 IFA will hold its congress in exciting Cancun, Mexico! 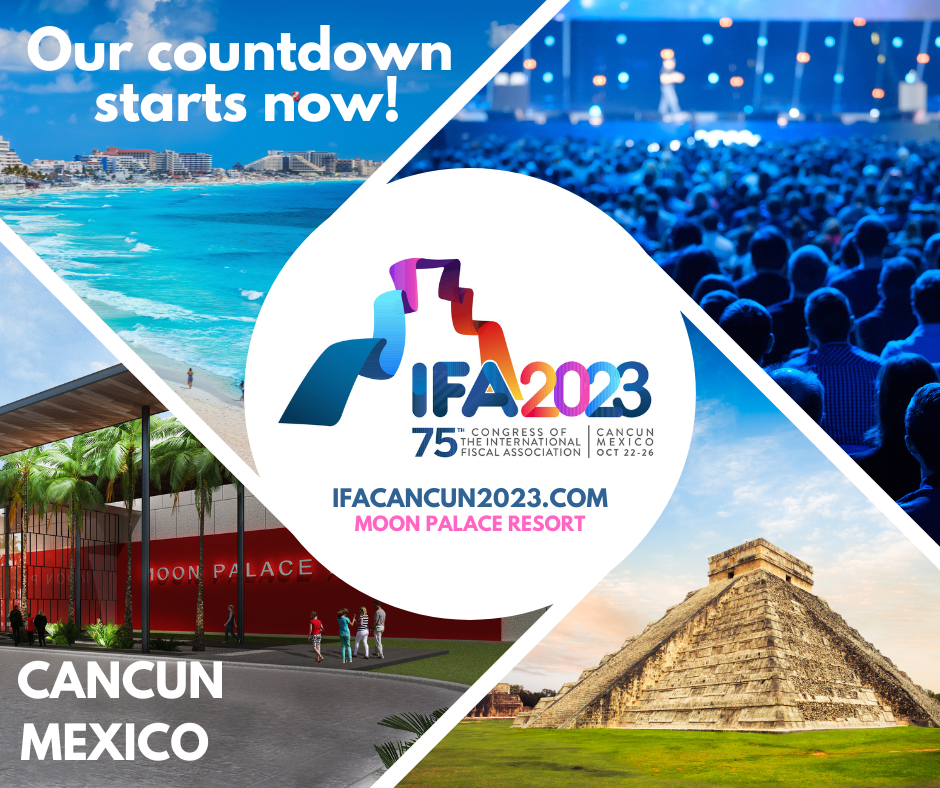 For more information on IFA, watch the interview with IFA's President, Peter Barnes and IFA's Vice President, Guglielmo Maisto in The Story of IFA: